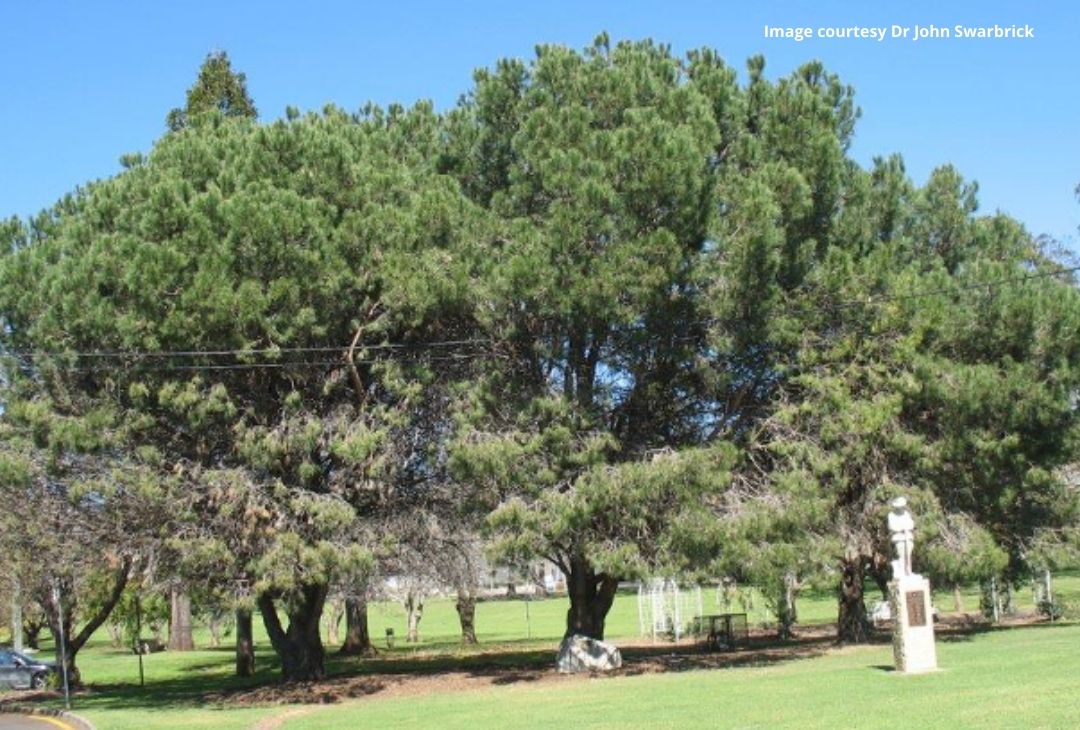 Also known as Calabrian or Gallipoli pines, they provide a symbolic connection to Lone Pine, the Gallipoli Peninsula battle of August 1915 that was fought in the vicinity of a solitary Gallipoli pine tree, a battle that resulted in heavy losses on both sides.

Although these Toowoomba trees are comparatively young, four seedlings from the solitary Gallipoli pine are understood to have been propagated in the interwar period by the aunt of a returned Victorian soldier. Each seedling grew to maturity, its location is now recorded in the National Trust Significant Tree Register. As of 2020, one remains.

While the Toowoomba trees make a more recent connection to Queenslanders who served, they are not the only such memorial in the park. Ordinarily Toowoomba’s ANZAC Day services are held at the nearby Mothers’ Memorial, an eight-metre polished granite column atop a pedestal, a monument that from 1922 until 1985 stood at the corner of Ruthven and Margaret Streets. Erected using funds raised by a committee headed by Toowoomba women and unveiled on a hot January day in 1922, the memorial cost £1,650.

Click here to read more about the Toowoomba trees. 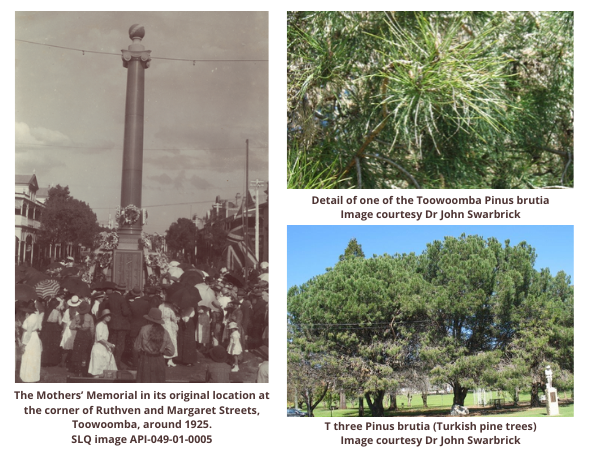